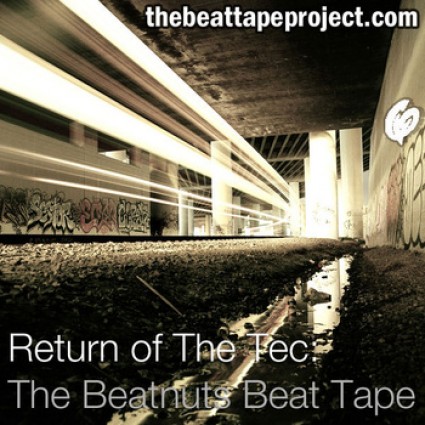 Back when I was promoting The Beat Tape Project’s “The Ghostface Beat Tape” I was corresponding back and forth with Gadget of Digital Hustle Films and The Beat Tape Project talking about how great an idea the project was. We were discussing working together on an upcoming project and I mentioned that I always thought someone should do a beat tape dedicated to The Beatnuts. Gadget told me that his next two projects were already set up, “The Smooth Grooves Beat Tape” for Valentine’s Day and a Beatnuts beat tape in either March or April. Great minds think alike, I guess. Here is the long awaited “Return Of The Tec: The Beatnuts Beat Tape” featuring slaps by Newstalgia, Logikbomb, T-Mos, 4AR, DJ Mr. Doc, Jono Dorr, The Aqua League and more. Don’t sleep!

This entry was posted on April 2, 2012 by producersiknow. It was filed under Digital Hustle Films, DON'T SLEEP, The Beat Tape Project .