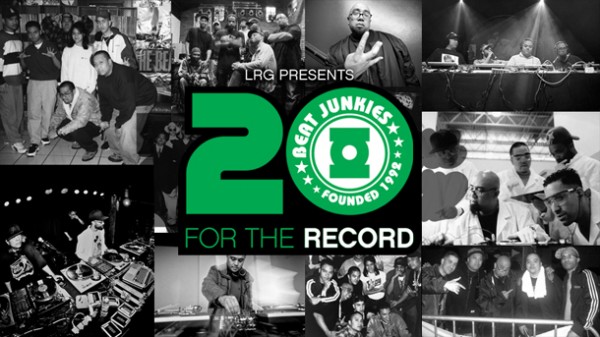 This is a documentary about one of the most influential and important DJ crews in the almost 40 year history of Hip Hop culture. One of it’s members coined the term “turntablist” for God’s sake. The World Famous Beat Junkies influence spreads from Los Angeles to New York to Japan and every city inbetween. Here’s the story behind how 12 of the best damb DJ’s ever got together and eventually influence Hip Hop heads the world over for a full generation. Here’s to another one. Don’t sleep!

The Beat Junkies – For the Record from LRG on Vimeo.

This entry was posted on July 2, 2012 by producersiknow. It was filed under Beat Junkies, DON'T SLEEP, Lifted Research Group .