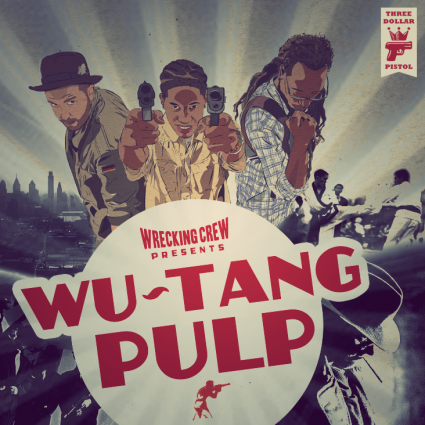 I’ve been waiting for Wrecking Crew (Zilla Rocca, Has-Lo & Curly Castro) to drop the “Wu-Tang Pulp” project for years now. If you’d been paying attention, back when I had the Scrunchface Show with ST/MiC we did an entire epic show with them discussing the Wu-Tang aesthetic and the project in depth in July 2011. This 16 song collection features contributions from Small Pro, Castle, Y?Arcka, Floodwatch, Disco Vietnam, Son Raw, Alaina Nelson, Elucid, Random AKA Mega Ran, Al Mighty, Gee Dubs, Ethel Cee, BLKHRTS, My Man Strafe and more. Do me a favor and listen to it. It’s fandom taken to another level other than simple stannery. Salute…

This entry was posted on September 8, 2012 by producersiknow. It was filed under 3 Dollar Pistol Music, DON'T SLEEP .