The Stupendous Adventures of Marco Polo 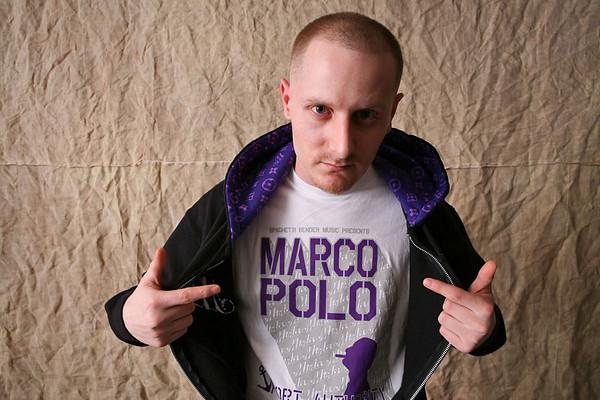 New Album in Stores June 29th on Duck Down Music

Lacing the world with hard-hitting bangers that maintain the head-nodding traditions of that raw East Coast boom bap, Toronto’s Marco Polo is back with another classic release through Duck Down Music. Since dropping Pumpkinhead’s Orange Moon Over Brooklyn in 2003 on Soulspazm Records — Marco’s first full-length production — until his latest 2010 Duck Down release with fire spitter Ruste Juxx, “The eXXecution” Marco Polo has collected a catalog of records that would make any new jack producer second guess his career path.

Throughout his eight-years of relentless recording on critically acclaimed albums Port Authority, Double Barrel and The eXXecution, the numerous unreleased tracks, b-sides and remixes that are as ill as the rest, but never found a home, have been collected and compiled by MP to create The Stupendous Adventures of Marco Polo. “My crew and I, which includes Shylow and DJ Linx, put a lot of work into this music and just because something is older and has never been released doesn’t mean it’s scrap — we put a lot of work into it and we want people to hear it,” explains MP. Marco further laments, “there are a lot of tracks on here that were never available on CD before, or even iTunes.”

In Marco’s own words
“This album was an opportunity for me to introduce people that my fans may have never heard of before — guys like Shylow, Red Clay and Saga,” explains MP. He continues, “I want people to know that when they see my name attached to something, they’re getting quality and consistency. This album is for the hardcore MP fans out there that just wanna have something to rock while I’m working on Port Authority 2. I’m locking myself in the lab on some caveman status for that one.”

And what’s the meaning of the interesting album title?

“The Stupendous Adventures of Marco Polo was a title Shylow came up with as a joke but I loved it and instantly wanted to rock it as the title for this project. It’s sh*t loads of fun to say and my pops use to say “Stupendous” all the time growing up so I thought it fit perfectly. My pops says a lot of crazy sh*t!” jokes Marco.
He may be a funny dude with a classic sense of humor, but you better believe that what is blasting out of his tattered MPC2000XL in his Brooklyn lab is nothing to laugh at. 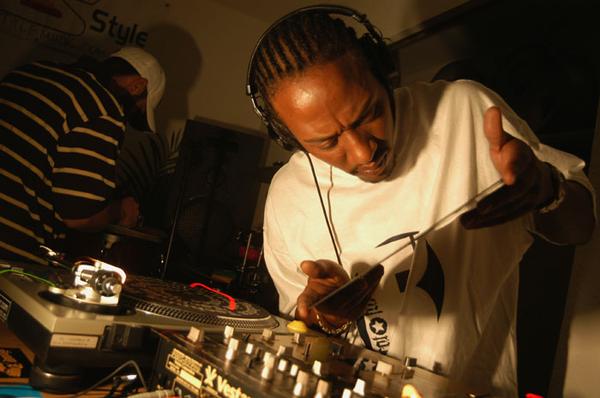 Originally from London, Slop grew up in Hawaii, North Carolina and Florida. but now resides in Phoenix Arizona.

Slopfunk is definately one of the busiest dudes in the beat business, over the years that has never slowed, if anything it’s increasingly more demanding as more and more producers step to the forefront in the industry.

I started Beat Fanatics shortly after the last group that I was part of (Tap Ghost & Phobia – aka Black Saturday)  broke up in 2000
My homie Mr. Naso and myself had just finished working on the Funkghost – Ultraboogie Highlife album and we were looking to branch out and start our own thing but we could never come up with a name for it, then one day PK (The Gift) came through to record a verse for the “Unseen: The Idea” album we were working on.

PK started spitting some lines from a track he had just wrote called “Beat Fanatic”. (im an addict a beat fanatic, got a habit of bringin’ the static)… me and Mr. Naso looked at each other and said “THATS IT!!! BEAT FANATIC!!!”. the track was originally suppose to be recorded to a Rik Marvel beat but PK liked the Illmind beat better.

From there we decided to ask all the people we thought were dope to be a part of a new movement / family… and that I guess the rest is history.

Working on the Beat Fanatic Volumes Slopfunk recently released Beat Fantics Vol 1 “The Smokers Choice” with Vol 2 already underway. Go cop this dope release it has all your favourite producers on there and be sure to check for the follow up’s as they drop. 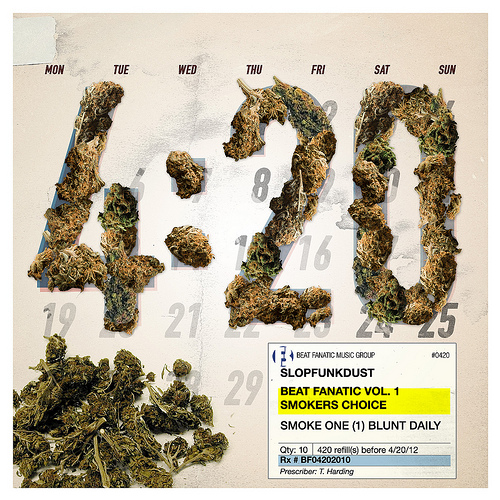