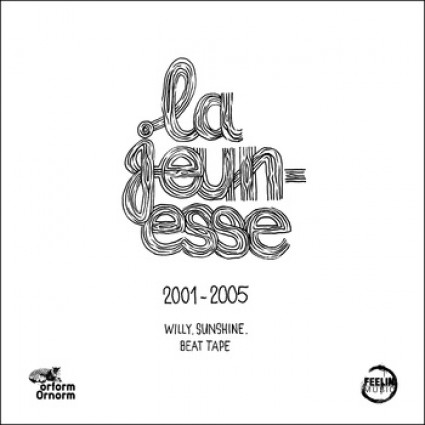 Chief’s Feelin’ Music label has signed Willy Sunshine and he offers this free beat tape consisting of slaps he crafted between 2001-2005 as the “La Jeunesse Beat Tape”.You can stream and/or download it from Willy’s Bandcamp, either way? DON’T SLEEP! Shouts to Luigi…

This entry was posted on October 4, 2011 by producersiknow. It was filed under DON'T SLEEP, Feelin' Music .