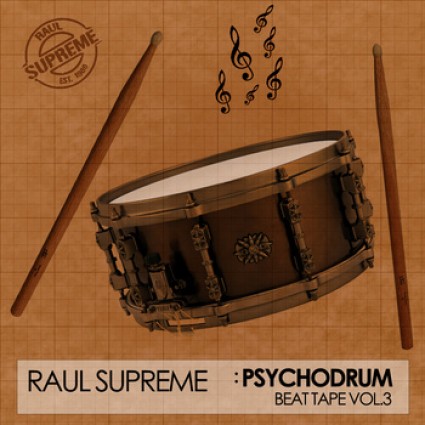 Like I often do, I was perusing my SoundCloud stream via my iPhone during breakfast and I came across this insane slap from LouisDen Beat Battle legend Raul Supreme. I also saw that it was off of a new beat tape. If you don’t know it’s been quite a while since Raul dropped his last beat tape (2009 to be exact) so I ran to my laptop in the bedroom and started listening to it. Don’t sleep on this, Raul Supreme “PsychoDrum: Beat Tape Vol. 3″…

This entry was posted on February 18, 2012 by producersiknow. It was filed under DON'T SLEEP, Louisden Beat Battles .