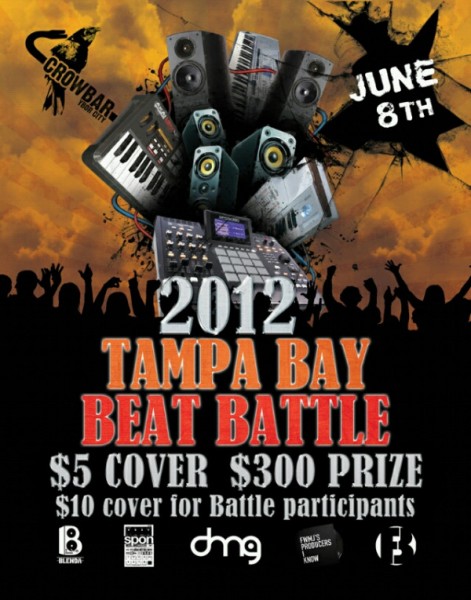 Sponatola of Beat Fanatic, my peoples @ Doxside Music Group and myself @ Producers I Know are co-sponsoring the 2012 Tampa Bay Beat Battle. This event will occur on June 8th @ Crowbar in Tampa Bay, FL @ 10 PM. There will be a $5 cover for civilians and a $10 cover for beat battle participants. For the winner of the 2012 Tampa Bay Beat Battle they will receive a $300 cash prize and the distinct satisfaction they have crushed the hopes and dreams of every other beat maker/producer in attendance. Crowbar is located @ 1812 17 St. N Tampa, FL. Don’t sleep!

This entry was posted on June 5, 2012 by producersiknow. It was filed under Beat Fanatic, DON'T SLEEP, Doxside Music Group, Producers I Know .