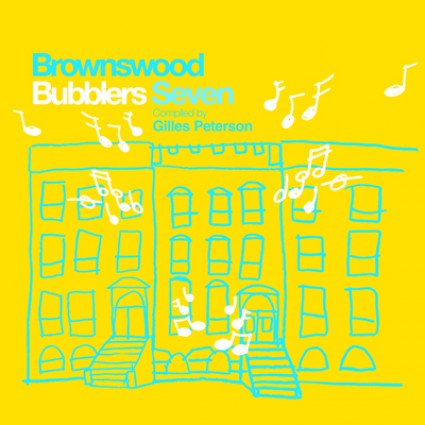 Gilles Peterson has quite an ear for talent and his label Brownswood Recordings is responsible for one of the most respected line of best of compilations, the Brownswood Bubblers series. For the past 5 years now, Gilles Peterson has showcased some of the best and brightest musicians, vocalists and producers in music today. This edition is no different as the seventh installment which drops September 26th features music from King, Jesse Boykins, The Stepkids, Tall Black Guy and the lead off song AND single on said compilation is Jon Phonics’ (Chakra Sounds/Team PIK) “The One”. Pre-order “Gilles Peterson Presents Brownswood Bubblers Seven” now from Amazon UK, HMV & 7digital. DON’T SLEEP!

This entry was posted on September 5, 2011 by producersiknow. It was filed under Brownswood Recordings, DON'T SLEEP, Producers I Know, Scrunchface Show Regulars, Team PIK .